Will Left Behind be left on the shelves? 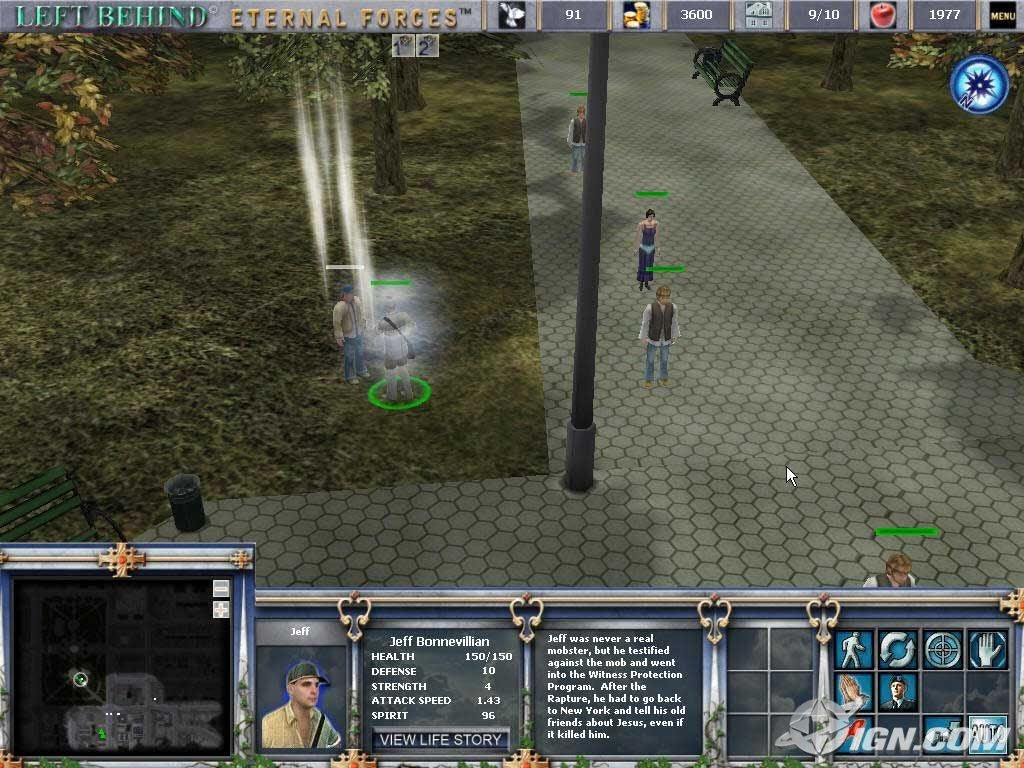 Released in time for Christmas, the apocalyptic Christian-themed video game that stirred up the Jewish Week (see "Jewish Week not Pleased to be Left Behind") isn’t exactly receiving rave reviews.

Citing game-play design problems, the need for too much micromanagement, and weak graphics, ign.com rates it a 5.9, “Mediocre:”

In any case, the controversy about the game's message has been overinflated somewhat. Given the wide range of games that are inspired by religious, mythical and supernatural beliefs, it's interesting to see a game that presents the concepts of a modern religion like Christianity as core components of gameplay. True, the very idea that converting non-believers is the central activity in the game is likely to alienate some people but it really shouldn't be much of a surprise to people that a game with a picture of an angel and a warning about the antichrist on the box is going to have a Christian slant.

Underground Online gave the game a more generous B+ rating, finding it repetitive and a little dull:

When you give an order to your units, almost half of your Friend and Recruiter units' responses will be "Praise the Lord!" Which can get annoying to hear 50 times a minute.

This review also pointed out one of the more bizarre aspects of the game - rappers and heavy metal musicians are the enemy! (sorry, Corner Prophets. Well, I guess Ismar Schorsch might enjoy the game...):

As we mentioned before, the streets are filled with rappers, and anyone in your Force has to steer clear of them. Any person who walks too close to a rapper will hear their rap song, and anyone who hears a rap or heavy metal song will have their Spirit level lowered. So if you see a rapper or heavy metal musician, you can either shoot them dead to protect your people's faith, or counteract them with your gospel singers or other spiritual warfare units, who raise people's Spirit levels.

Finally, Just Adventure rates it a C+ but their review does offer a concise summary of Christian eschatology.

This statement is posted from an employee of Left Behind Games on behalf of Troy Lyndon, our Chief Executive Officer.

There has been in incredible amount of MISINFORMATION published in the media and in online blogs here and elsewhere.

Pacifist Christians and other groups are taking the game material out of context to support their own causes. There is NO “killing in the name of God” and NO “convert or die”. There are NO “negative portrayals of Muslims” and there are NO “points for killing”.

Please play the game demo for yourself (to at least level 5 of 40) to get an accurate perspective, or listen to what CREDIBLE unbiased experts are saying after reviewing the game at www.leftbehindgames.com/pages/controversy.htm

Then, we’d love to hear your feedback as an informed player.

The reality is that we’re receiving reports everyday of how this game is positively affecting lives by all who play it.

Thank you for taking the time to be a responsible blogger.